Dr. James Douglas, Jr. (1837-1918) is well known in Canadian mining circles and among copper metallurgists for his years with the Phelps Dodge Company/Corporation and his career in Arizona and New York. AIME’s James Douglas Gold Medal for Achievement in Non-Ferrous Metallurgy reflects the respect Douglas earned in his remarkable life. Less well-known is how he came to copper and copper metallurgy in the first place. His “how it all started” story is the topic of this year’s Fathi Habashi Lecture. Douglas’s start in mining took place in Quebec’s Eastern Townships after he set aside a career as a Presbyterian minister and after the collapse of his next choice career as the administrator of his father’s (Dr. James Douglas, Sr.) Beauport Asylum. The lecture examines the circumstances that led Douglas, Jr. to involve himself in several failing copper mining companies. His career in the copper business is rooted in the investments his father made in the following Megantic County copper mining companies: Megantic Copper Mining Company (1852), Megantic Mining Company (1854), Lower Canada Mining Company (1853), Quebec and St. Francis Mining and Exploring Company (1854), English and Canadian Mining Company, Limited (in UK 1858). The Harvey Hill Mining and Smelting Company of Leeds (1863), English and Canadian Mining Company, Limited (1865), The Consolidated Copper Company of Canada (in UK 1872), The Harveyhill Copper Company, Limited (in UK 1873). All but two of the companies operated at Harvey Hill. Two problems frustrated all the companies: 1) ore too lean to be profitable, and 2) exhaustion of operating capital. Herein lies the origins of the Hunt and Douglas Copper Process. 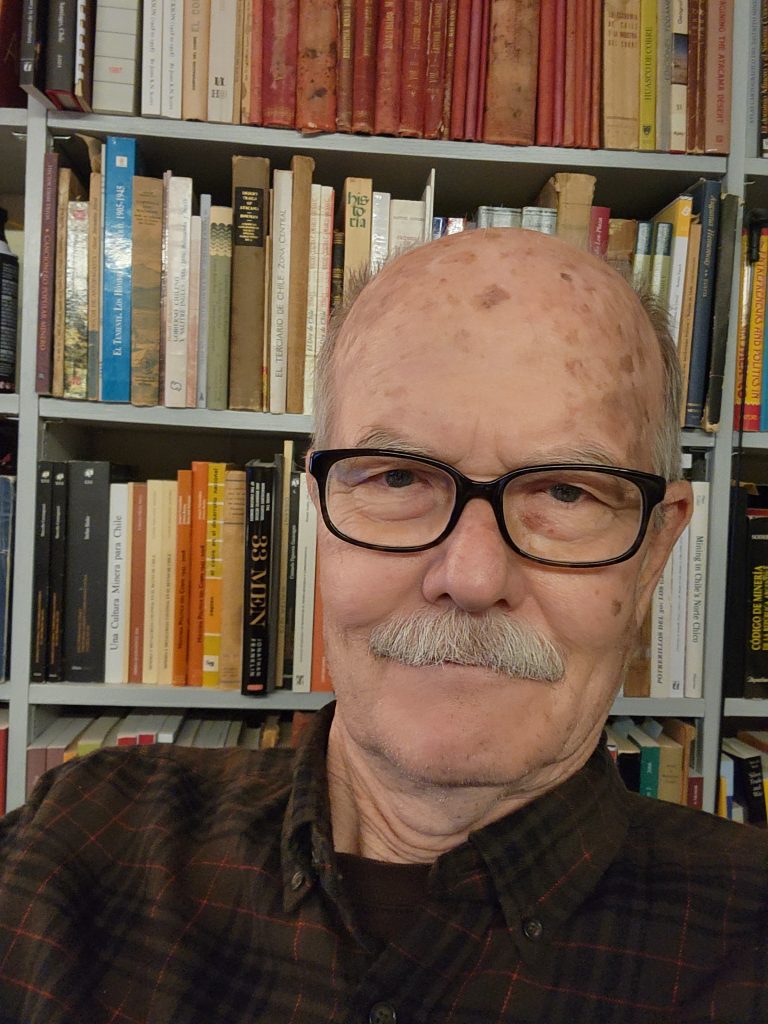 Bill Culver retired from teaching in 2007 to concentrate on mining history research and writing. Before retiring he taught courses in political science and Latin American studies at the State University of New York at Plattsburgh. Starting in 1990 he co-directed the SUNY exchange programs in Chile, Argentina, and Uruguay. His mining history research has concentrated on 19th century copper companies and mining politics, mostly in Chile. His most recent work looks at James Douglas and the hydrometallurgical process Douglas developed with T. Sterry Hunt. The working title for this book is: Capitalist Dreams: James Douglas, the Hunt & Douglas Copper Process, and Mining Company Failures in Canada, Chile, and the United States. He has been a presenter at Chile’s GECAMIN’s hydroprocess and hydrocopper conferences, and at several past COM conferences.