John Dutrizac Plenary Session on Economic and Social Contributions of Metallurgical Innovations – Past, Present, and Future

This session consists of a plenary talk by Dr. Peter Warrian, on “Can Canadian Metallurgy Make the Same Contribution to the Economy and Society that It Did in the Past ?”, followed by a panel discussion around Innovation Models and their Success in Wealth Generation.

Senior Research Fellow at the Munk School of Global Affairs and Public Policy, University of Toronto

Dr. Peter J. Warrian is a Senior Research Fellow at the Munk School of Global Affairs and Public Policy, University of Toronto. He is Canada’s leading academic expert on the steel industry. He was formerly Research Director of the United Steelworkers of America and Chief Economist of the Province of Ontario.

His current research is on knowledge networks, supply chains and digital manufacturing. As a member of the Innovation Systems Research Network (ISRN), funded by the Social Sciences and Humanities Research Council of Canada he has worked on the inter-face between the steel industry and the auto industry, particularly in the area of lightweight materials and the interaction of software and advanced materials. 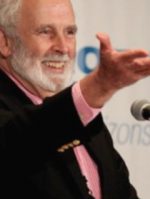 A Practical Journey through Additive Manufacturing, a Retroactive Look at the Recent Past, Present and Future

Most recently, Mohammad was president and CEO, GE Additive, prior to that he was Vice President & General Manager at GE Additive – focused on the additive product strategy. In this role, Mohammad provided strategic direction to the technical and product roadmaps for the GE Additive portfolio.

Mohammad was Vice President & General Manager for GE Additive, helping to launch the business in September 2016. Mohammad was named Vice President & General Manager of Engineering for GE Aviation in 2014. Mohammad oversaw the design, development, certification and field support of GE Aviation’s products and services. Mohammad has more than 30 years’ experience at GE Aviation where he began as a design engineer in 1984. He then held several engineering positions before he became manager of Development Assembly and Instrument Operations in 1998. In 2000, he became manager of the Combustor Design Engineering Center of Excellence, and also provided strong leadership achievements in globalization and New Product Introduction (NPI). He was appointed General Manager of GE Aviation’s Rotating Parts Center of Excellence in 2003.

Mohammad was then appointed Vice President of Engineering for GE Oil and Gas in 2006, leading a diverse engineering team that supported many complex product offerings across the life cycle of the equipment. In this role, Mohammad delivered NPI success by executing excellent on-time delivery and first time yield.

In 2010, Mohammad re-joined GE Aviation as Vice President of Engineering NPI. A role in which he was responsible for the execution of all NPI programs to ensure they met schedule, budget and cost targets. 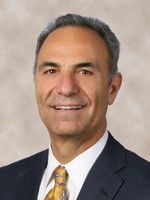