The course will cover fundamentals involved in chloride metallurgy, processing of sulfide concentrates and ores in reactor and heap leaching, extraction of rare earth elements in chloride media, electrolysis of molten salts, electrometallurgy in aqueous chloride media, reagent regeneration, and materials of construction. 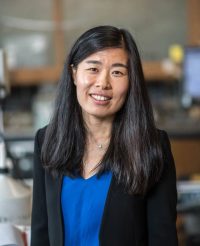 Schedule (all times are EST):

Bryn Harris received his Ph.D. in Minerals Engineering from the University of Birmingham, U.K. in 1973. He then spent five years working for ZCCM on the Zambian Copperbelt, notably on improved methods of cobalt recovery. After leaving Zambia, he worked for twelve years with Noranda, including developing a process for the Blackbird Cobalt Mine and developing, testing and building the CCR Gold Refinery. Subsequently, he worked for Hatch, spearheading the process team for the Chambishi Cobalt Plant Expansion and has been working in chloride extractive metallurgy for over 35 years. Dr. Harris is a past chair of the Hydrometallurgy Section of CIM, was the recipient of their Sherritt Award for Hydrometallurgy in 1995, a silver medal for Innovation in the Canada Business Awards in 1987 for the CCR Gold Refinery, and is a CIM Fellow. He was the keynote speaker for the ALTA Nickel-Cobalt-Copper conference in 2019, has authored or co-authored over 70 technical publications, is the holder of 16 patents, and has been instrumental in the building of four commercial metallurgical plants.

David completed his B.A.Sc. and Ph.D. in Metallurgical Engineering at Queen’s University at Kingston. Since 1984, David has worked at the University of British Columbia in Vancouver, Canada. Since 1992, David has held the position of Professor and Chair, Industrial Research Chair in Hydrometallurgy.

As Chair of Hydrometallurgy, Dr. Dreisinger has had the opportunity with his students and colleagues to conduct research in the hydrometallurgy of base, precious and rare metals. The results of the research have been documented in over 330 papers and 24 US Patents. David has worked closely with the industry to commercialize the technology. Developments in copper include the Mount Gordon Process, the Sepon Copper Process and the El Boleo Process. David is currently working on the commercialization of the PLATSOL Process, the SALT process, the INCOR Lead Process and the Search Minerals Rare Earth Extraction Process.

David has received a number of professional awards including the Sherritt Hydrometallurgy Award (METSOC), the EPD Science Award (TMS), the Wadsworth Award (TMS) and the INCO Medal (CIM). David is a Fellow of CIM and the Canadian Academy of Engineering.

Wenying is an Associate Professor at the Department of Materials Engineering, The University of British Columbia (UBC). Her research focuses on developing sustainable hydrometallurgical processes for metal extraction from ores and managing contaminant release from mine waste materials. She has worked closely with government agencies and the private sector on a range of projects, such as copper heap bioleaching with Teck Resources, refractory gold ore leaching with Barrick, chalcopyrite heap leaching with JX Nippon, arsenic management with BQE Water, and prediction of long-term quality of mine waste rock drainage with NRC.

Wenying joined UBC in 2013 as a Postdoctoral Research Fellow and was appointed Assistant Professor affiliated with the Industrial Research Chair in Hydrometallurgy in 2015.

She has been an active member of MetSoc since 2017 and serves on the Hydrometallurgy Section Committee and the MetSoc Awards Committee. She was the recipient of the 2021 MetSoc Brimacombe Award.

Wenying obtained a Bachelor’s and Master’s degree in Environmental Engineering in China and a PhD degree in Mineral Processing from the University of Queensland in Australia.

John Goode graduated from the Royal School of Mines, London, in 1963 with a Chemical Engineering degree. After four years working in nickel and lead-zinc plants, he joined Rio Algom at their rare earth element (REE)/thorium/uranium operation in Elliot Lake. After six years, John joined Kilborn Engineering in Toronto eventually becoming Vice President, Mining and Metallurgy. With Kilborn, John was directly responsible for the design of several gold, uranium and base metal plants including new REE plants for Denison, Elliot Lake, and Molycorp, Mountain Pass. In 1993, he led a team that reviewed six Chinese REE separation plants for AMR (now Neo Performance Materials) that resulted in two Joint Ventures.

John joined Barrick in 1994 and managed its Chinese operations before returning to Canada in 1998 and establishing a metallurgical consultancy that has provided services to several gold, base metal, and REE projects. Current assignments include the Tomtor Nb-REE project (Russia) and several Canadian REE projects.

Working with experts from China, Japan, and Australia, John is helping prepare ISO standards for the REE industry and is a member of the ISO Critical Materials Special Advisory Group.

John is a Fellow of the AusIMM and the CIM and has been honoured with a Lifetime Achievement Award by the Canadian Mineral Processors, the CIM’s Selwyn Blaylock Medal and the MetSoc Sherritt Hydrometallurgical Award. John has co-organized several critical materials conferences for CIM.

Michael Moats is a Professor of Metallurgical Engineering and Director of the Thomas J. O’Keefe Institute for the Sustainable Supply of Strategic Minerals at the Missouri University of Science and Technology. Prof. Moats is an extractive metallurgist with over 100 publications in the fields of hydro- and electrometallurgy including book chapters on electrowinning and electrorefining. In 2018, he received the AIME James Douglas Gold Medal “for his knowledge and contributions in the field of electrometallurgy”. Dr. Moats serves as the project leader for AMIRA’s P705D base metal electrowinning project, facilitator for the Copper Refinery Group, an international consortium of eight copper refineries, and team leader for the surveying of copper electrorefineries for the triennial world Copper meetings. He holds B.S and M.S. degrees in metallurgical engineering from the University of Missouri-Rolla and a PhD in MSE from the University of Arizona. Prior to joining academia, he worked for six years for ELTECH Systems in Ohio designing mixed metal oxide anode coatings for various electrochemical applications including chlor-alkali, chlorate, hypochlorite and metal plating systems.

Frank is a Chemical Engineer with 30 years of experience in the field of acid recovery technology. Starting with his PhD-work in Germany about HF/HNO3-recovery via fluidized bed pyrohydrolysis, he is now working since almost 25 years in Vienna, Austria, for Andritz Metals (formerly Ruthner). His current position is Head of Process Technology.

He gained broad experience via lab and pilot plant test work as well as commissioning of industrial scale plants. Some highlights were the design and commissioning of fluidized bed acid recovery plants in the steel industry and spray roast plants for special oxide production. The latter included Co- and Mg-chloride roasters, mixed oxide plants e.g. for the production of cathode material for Li-ion-batteries, as well as fluoride systems e.g. for the roasting of Niobium-(penta)-fluoride.

Frank was responsible for the development of fluidized bed acid recovery processes from Ti-slag leaching and the NiCl2 pyrohydrolysis for INCO’s GORO-Nickel process.

He holds several patents and published more than 20 papers.

Edouard Asselin is a Professor and Canada Research Chair in Aqueous Processing of Metals in the Department of Materials Engineering, The University of British Columbia (UBC). He is also co-Director of UBC’s Pipeline Integrity Institute. Dr. Asselin is an applied electrochemist: he teaches and conducts research in aqueous metal extraction, electro-metallurgy, corrosion and coatings. He is currently Past-President of the Metallurgical Society of Canada and he has been a member of its Board of Directors since 2009. Dr. Asselin has published over 110 peer-reviewed journal articles and over 40 conference publications. He is the co-inventor of the Jetti copper leaching process.

*Note
Students who want to benefit from this rate, must be or must purchase a student CIM membership with identification.
For CIM membership number validation or to contact the membership department send an email at membership@cim.org

Place your order using your credit or debit card or Paypal account.

REGISTER HERE FOR THE CHLORIDE COURSE!

You may cancel your participation for the short course and receive a refund minus a processing fee of 5%  until May 4th, 2021.  No refunds will be provided as of May 5th, 2021.

This course will be provided online with live Q&A from the presenters.  It will be hosted on GotoWebinar platform and requires the attendee to register their name and email to gain access.  Once you have processed your payment, complete your registration by proceeding to the instructions provided in your confirmation email on entering your name and email to the online event.